Frankie Mancuso pianist and arranger, born in Florence in December 1980, starts his career as a musician in Rome in 2006 composing short songs for radio, some soundtracks for the theater  and some short films. His studies when he was young at the “Luigi Cherubini” conservatory in Florence and the following interests for electronic production let him to join together two apparently different worlds: classic music and dance music. His orchestral works and piano skills catch the interest of some djs of the Roman night scene who involved him in many remix projects, bootlegs and new productions. He worked his way up through pop music composing original tracks, remakes and theme songs for various events all around Italy until 2011, when he met  Manuel Rotondo and  Kevin Delite, that deeply marked Frankie’s musical world. Productions with Manuel Rotondo, well-known roman dj-producer who prefers Techno/House sounds, represent that musical fusion between pentagram music and waveform music that he was searching for. Musical horizons get larger with the melodic presence of Kevin Delite, a roman historical vocalist. This trio made its first production together in 2012 with the single “Played a trip (gotta a feeling)” released by Oh No You Didn’t!  (NY) and by KULT Records in 2013. Chris Bekker, resident dj at GMF in Berlin, is one of the remixer of this track.

Frankie Mancuso and Kevin Delite are hardly working on a full album that they defined “electro-dream”, where melodic and electronic research aim to a loud and energetic, but also dreamy and natural sounds, able to draw the attention of a large audience, between pop and house music. “GET IT NOW” is the first single that the duo presented in September 2012 at the “Gay Village Closing Party” in Rome, with thousands of people. The record has the collaboration of famous international remixer as well as a music video. 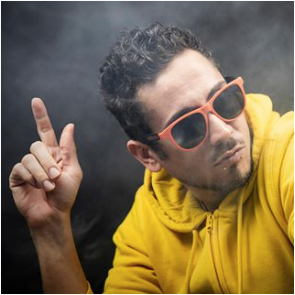 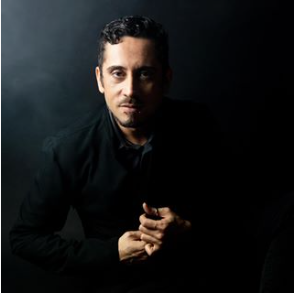 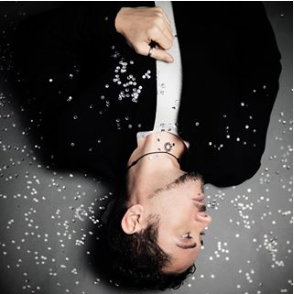 Frankie reached out to deep-house production, becoming the official keyboarder for FreshCreamRecords, label for which he also worked on tracks like “Love’s The Greatest Power” (with singer Kevin Delite) and “In My Mind” (featuring Heidi Vogel from the US). The sound rising from the collaboration between Frankie and the founders of FreshCreamRecords as well as dj-producers of Riccione’s Titilla Club, aka Marco Rea and Ru.Dij, drew the attention of the American label Dancepush, that gave them the task of making deep and lounge versions of tracks like “Hook up” by Offer Nissim feat Maya Simantov, “Running” by Roni Iron feat. Eva, Great Stuff” di Itay Kalderon & Ortega and many others.

He also started collaborating with FROM STUDIO (Rome) fashion agency, together with Manuel Rotondo, for which he wrote and produced original tracks for stylists like Stella Jean (AltaRoma AltaModa, Jan 2013) and Pitti Uomo (Jun 2013) and fashion shows. At the same time, Frankie and Kevin made a radio format for the new web-tv circuit “C-YOU.TV” called “Poppissima e Favolhouse” together with Kristine Vocalist from the Pop Floor at Gay Village; this new project plans to dance to the best dance, pop and house productions in real time, on-air. In summer 2013 with the FMKD project Frankie writes the Gay Village’s new theme song for the season, “Free Your Mind (Gay Village)”, with a video that includes the collaboration of popular film director Matteo Garrone and more than 100 artists. The duo has also officially entire album, written in previous months, in a live concert with performers, choreography and videos titled “The United Show” and publish an EP with six of the eleven tracks that make it up.

Seguire Instagram
This error message is only visible to WordPress admins

Make sure this account has posts available on instagram.com.